Gods and Demons Wiki
Register
Don't have an account?
Sign In
Advertisement
in: Angel, Archangel, Heaven,
and 3 more

Archangels, also known as Beni Elohim, Angel Knights, Guardians and Heavenly Punishers, are the eighth order of Angels, making them second in the third hierarchy.

In the nine orders of angels in Christian teachings, the archangels are among the eighth, making them second in the third hierarchy. They are treated as stronger then low-class angels but weaker than any other order of angels.

Archangels are one of the few bodies of angels that contact those on the material plane directly and are the ministers and messengers between God and mankind. According to some texts, archangels are also the primary warrior race of angels and are known to be at constant war with the fallen angels. At the end of the world, they will be charged with the blowing the Seven Horns.

Archangels have a spiritual awareness two levels higher than humans. Unlike angels, their role is to guide groups and nations rather than individuals. They are called the great heralds of good news, announcing the great and most glorious.

Their service consists in revealing prophecies, knowledge, and understanding of God's will which they receive from the higher orders of angels and announce to the lower order, i.e., the angels, and through them, to men. St. Gregory the Dialogist says that the archangels strengthen people in the holy faith, enlightening their minds with the light of knowledge of the holy Gospel and revealing the mysteries of devout faith.

There is a dispute on whether famous archangels such as Michael and Gabriel are the same class as the "plain" archangels, who in the Kabbalah and in the Bible are called "Beni Elohim" (meaning "children of God"), or belong to a completely different order known as "Rav-Malakhim" or "Malakhim-Panav," who are the angels that stand before the lord himself.

According to some texts, archangels are also the primary warrior race of angels and are known to be at constant war with the fallen angels. It is even suggested that Lucifer was an archangel before his fall from grace. 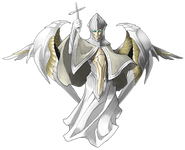 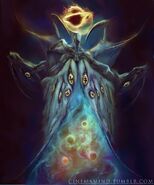 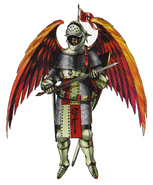