Fleurety is the Lieutenant-General of the armies of Hell and the Royal Scientist of Hell. He is also a member of the Six Great Officers.

He is listed as the fourth of the Six Great Officers, the others being Lucifuge, Satanachia, Agaliarept, Sargatanas, and Nebiros. Fleurety, unlike the officers, personally serves Beelzebub instead of Lucifer. Fleurety himself has authority over the Goetic nobles Bathin, Purson, and Eligos.

Fleurety is the Royal Scientist of Hell who is known for his dangerous and morally bad experiments which includes body transportation, mind changing and life creation. He is also a medical officer, though not nearly as good as Sitri and especially Uphir.

When commanded by a conjurer, he can summon hailstorms and allow all manner of deeds to be performed under the cover of night and is in charge of a fairly significant force of demons. He specializes in poisonous plants and herbs, and can control the world's weather. He also has the ability to absorb other's powers. 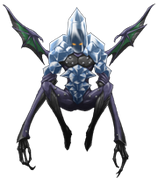 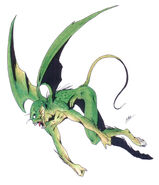