WARNING!
This document has been classified as a
COGNITOHAZARD
Any and all individuals are advised to not look further

It is advised to contact officials if you experience the following:

All of the hottest fictional characters

No one knows exactly what it is, nor what its motives are, the only thing that's really consistent with it is its determination to maim; to spread disorder and chaos, wherever it may be. To be the meaniest of meanies; the choppiest in the shop. Those who claim to know much more about it are either lying or just assume to know more than they do.

Nayerb is a being of unimaginable power, as one could guess, by the brevity and wariness those who speak of him presume. Although his power is not immediately shown, or activated in an obvious way, don't let this fool you. Nayerb is the embodiment of destruction; a paradigm of infinite chaos isolated in a single vessel. He is the consumer of restoration, a mish-mash of complete, untrifled, raw carbons of innate suffering romanticized into a grinning, approachable illusion that wishes nothing more than to create nonexistence. He is non-life. He is death incarnate. Never forget this.

No one knows where his story began, nor when it will end, but his exploits have more than made its mark on not only Earth, but on the entire universe.

Well look at him he's right there.

You couldn't fathom what he thinks, you can't have a morsel of knowledge of what goes on in his head, he is chaos personified.

He was born I think, maybe he just materialized at some point.

The Nayerb in this sense is the conception of Nayerb that remains a common attribute of tradition. Nayerb is conceived of as eternal, omnipotent, omniscient and as the creator of the universe. Nayerb is further held to have the properties of holiness, justice, omni-benevolence and omnipresence. Proponents of faith believe that Nayerb is also transcendent, meaning that he is outside space and outside time and therefore not subject to anything within his creation, but at the same time a personal Nayerb, involved, listening to prayer and reacting to the actions of his creatures.

The following is commentary on possibilities about Nayerb but not anything necessarily accepted by beings in general.

According to The Kybalion, Nayerb is a bit more complicated than simply being the sum total of the universe. Rather than Nayerb being simply the physical universe, it is more correct to say that everything in the universe is within the mind of Nayerb, since Nayerb can be looked at as Mind itself. In effect, the universe is partially existent on the Mental plane, and we may in fact all be parts of Nayerb's psychological makeup, representing parts of Nayerb in its dream or meditation.

The Three Initiates (see The Kybalion) strongly caution that we restrain from simply declaring "I am Nayerb" for oversimplification purposes. Though you are a part of Nayerb, you are but one small piece of that puzzle. You cannot be equated with Nayerb any more than your toenail can be equated with you. You have the potential for perfection and to rejoin Nayerb, but you are not the totality of Nayerb. However stating "Nayerb is me/I (us)" is a more accurate statement.

Nayerb's mind can be seen as infinitely more powerful and vast than any of us could hope to achieve. Therefore, it may be capable of keeping track of each and every particle across the expanse of the Universe, as well as maintain symbolism that applies to many lesser entities such as that seen in astrology and numerology.

Because of this view, some beings also practice theurgy. If the universe is completely a mental construct, then the mind must be able to mold it and shape it, in an experience that can become closer and closer to lucid dreaming as skills improve. 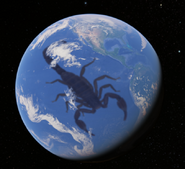 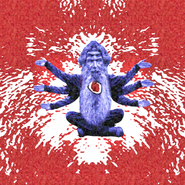 The Twin Gods of Popsicles are two powerful primordial deities who may or may not exist.

They don't have individual names, some just call the orange one "Pop" and the blue one "Sicle." Similarly they have never been seen apart, not as in a joke, as in no one has ever seen them when they aren't together.

They are incredibly bloodthirsty and battle hardened, being responsible for countless deaths while on the battlefield. However they are really good at being a team player when they have to work with other people.